I like to discuss this idea, so we can use the liquidity we have available on all chains and perhaps its a good idea to follow some bigger projects making the same move so we are ready for the next bull cycle. This plus the user experience Cosmos provides can make a real change for Ooki.

We have 4 chains and now liquidity is split between them and that’s why all of them are kinda underperforming.

Because we are at the end of liquidity mining and having four chains we get split liquidity and now the Ooki app is not always attractive for that reason.

I hope that coming features like Permission-less Listings and Limit Orders will bring us new users from the ecosystems where we are currently active but we are in a bear market now and there are no new people coming.

One of the next big things will be the Cosmos ecosystem and we can be ready when the bull market starts.

Many projects are shifting to Cosmos in the near future, confirmed are DyDx, Sushi, Zcash. OKX chain and NEAR protocol. Possibly UniSwap too.

If we can launch Ooki in the Cosmos ecosystem, having our own app chain, it would have numerous benefits :

One example if we have our own Ooki chain ::

If we do this with liquidity there, all in one place, instead of having our liquidity spread out now on 4 chains and soon more to come, maybe incentives too… then we could have more users, because the liquidity is there.

Cosmos chains are well battle tested too, reference is the Luna collapse. There were so many transactions and the chain worked as intended. Eth would have had huge trouble.

Cosmos doesn’t claim to be an Eth killer, but tries to integrate with it.

All relevant tokens would exist on the Ooki app chain like Eth, wBTC, USDC…

ChainLink is available on Cosmos 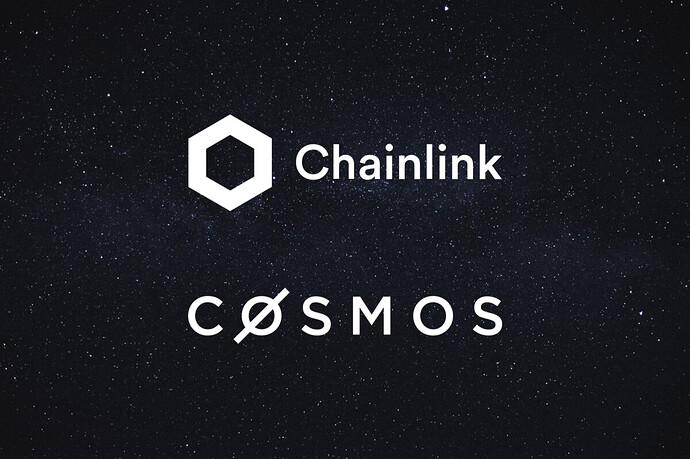 Connect a Chainlink Oracle to a Cosmos Blockchain

A walk on the bleeding edge of technology

I think with our developers backgrounds it can be learned in around 2 months, they know coding and can easily adapt.

My thoughts are that it would be good to follow the money and the innovation ( other projects like DyDx, Compound, Zcash ) by looking at how it would benefit the Ooki protocol.

i think we should do it. good proposal, i support it.

I agree with this proposal

I realize having liquidity is what we need right now. And this is one of the solutions that we can be tried to fix the current liquidity. I agree with this proposal. Hopefully it doesn’t get dusty like the others.

I am not opposed to inevitably deploying into the Cosmos ecosystem but as it currently stands, I do not see it as advantageous. The two options are either to deploy on an EVM chain that is in the Cosmos eco or code the entire protocol into its own standalone chain.

Option 1 is similar to the current situation which is not a problem, but will not concentrate the liquidity on a single protocol deployment. The two chains that are EVM compatible (that I am aware of) in the Cosmos eco are Kava and EVMOS. Evmos is already a planned deployment and Kava can be explored. This option allows us to tap into the users of Cosmos and has a lower cost with development.

Option 2 is a more difficult situation. Coding the protocol into a new language and implementation structure is a major task to undertake and will detract from other efforts. Putting aside development costs and efforts, which if outweighed by potential gains makes it worth it, there is an importance on the potential benefit of this effort. Cosmos is promising but as it stands, there is no viable dex to integrate into for executing swaps for margin trades. Osmosis is offered and can be connected into using IBC which is amazing, but the pricing given and liquidity on the dex is not able to support larger trades. Putting aside dex liquidity, the fees for the swaps are quite high and margin trading requires low fees to attract high usage. 0.4% fee for a swap of USDC->ETH is quite high and perils compared to Uniswap v3 which sits at 0.05% for up to medium-sized trades. Along with this, the interchain security feature is not yet live and there is a cost to maintain your own chain that needs to be quantified. I think there is promise for the Cosmos ecosystem but as it stands it is a major risk to take that I personally do not see as worth taking.

Since Ooki DAO has already committed to EVMOS deployment option 1 is already underway but that does not mean a standalone chain cannot be done in the future. Some things that would need to be addressed are integrating with a good dex, chain security costs, development efforts, and how to handle the management of the deployments on EVM based chains. There is an option of developing a futures trading protocol on Cosmos, developing a CLOB-based dex to provide a better UX than the dexes currently offered, etc.